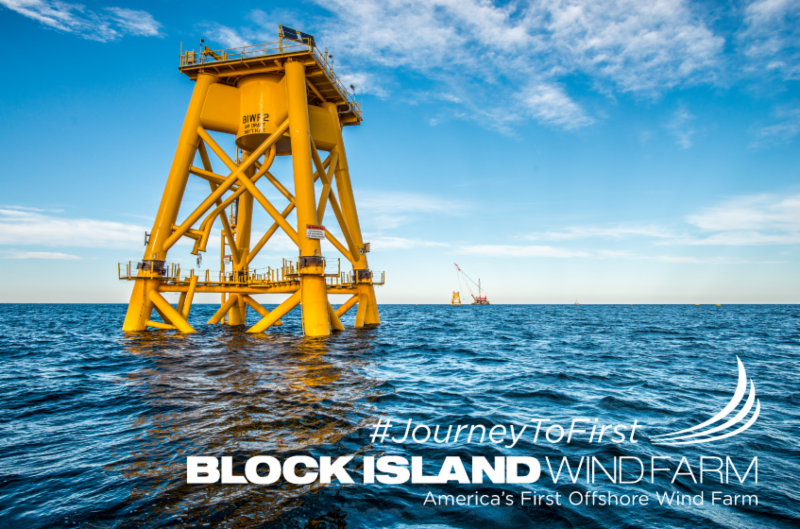 Next month the United States will launch its first ever offshore wind farm in Rhode Island off the coast of Block Island. While the U.S. has already installed over 50,000 wind turbines on land this is our nation’s first foray into producing wind power offshore. While the farm is admittedly tiny compared to its land-based brethren; just five turbines expected to power only 17,000 homes, it is expected that this farm will not only generate greater enthusiasm for offshore wind, but will help to smooth the way for increased offshore wind deployment here in the U.S.. 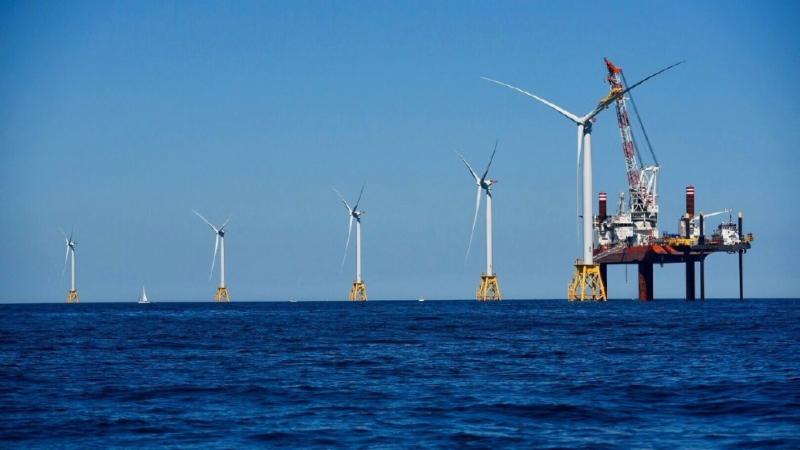 Due to its strong steady winds, the northeast coast here in the U.S. is considered prime real estate for offshore wind farms, yet we lag way behind our European neighbors across the pond in deployment of offshore wind. Why? Three reasons: size, political will and cost.

If installed, the first large-scale offshore farm proposed in the U.S. would have resided off of the coast of Cape Cod in Massachusetts and would have consisted of 130 turbines. In retrospect, experts now think that the project was too ambitious and was too close to shore to succeed. Locals balked. The project gradually lost support in the state legislature and it is unlikely that the project dubbed “Cape Wind” is ever to move forward.

The developer behind the Block Island Wind Farm, Deepwater Wind, decided to take another approach: this time start small. The farm consists of just five turbines and the residents of Block Island, by and large, supported the project. Due to its smaller size and the additional advantage of being able to connect Block Island to the mainland grid for the first time, the start-smaller approach worked. The additional benefit is that the smaller project has essentially proven that offshore wind can be done here in the U.S., a concept many people in the U.S. have long scoffed at as a pipe dream. 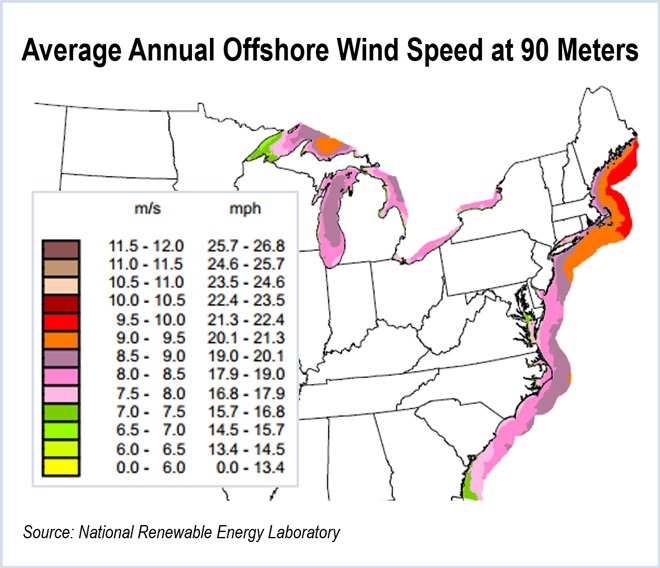 Harnessing Political Will For Wind

In addition to starting small, Block Island Wind Farm and Deepwater Wind was backed by the Rhode Island political establishment. Across the United States, there has been an increase in passing state-level legislation in an attempt to curb global warming.

Beginning with a law passed by the Bush Administration and Congress in 2005, and further defined by the Obama administration, the Federal Government has cleared up the murky rules surrounding use of the eastern seaboard’s ocean floor for the purposes of wind farm construction. In combination with precise clarification, offshore wind is set to take off as states like New York pass renewable energy goals that will have to rely on offshore wind to reach the quotas they have set forth in law.

Not withstanding political will and ambition, the high costs associated with harnessing marine-born wind have been daunting enough to keep the U.S. from fully embracing the deployment of offshore wind. In many ways, the U.S. will serve to benefit from allowing the Europeans to have lead the way on harnessing offshore wind by leaving it to them to construct of the needed infrastructure for the industry.

While it is expected that the costs to build offshore wind in the U.S. will initially be greater than current costs in Europe (even with the falling costs that Europe has been able to mitigate by maturing the technology), it is also expected that these costs will decrease significantly as the U.S. gains an economy of scale similar to what northern Europe now has in place. For instance, there are Gulf Coast oil rig infrastructure contractors looking at wind as a means to grow their business. Once political will and ambition have been stoked, it is thought that offshore wind here in the U.S. is on track to boom, rivaling the 50,000-something turbines installed in middle and western U.S. and ringing the coasts of our country in years to come.

The O.C., you betcha! In 2014, Italian-based company US Wind, won the rights to install offshore wind along the sea floor adjacent to Ocean City, Maryland. At the closest point, the proposed farm would sit about 14 miles offshore and would consist of 187 turbines, providing power for more than 500,000 homes. Additionally, this project “will also help alleviate a long-standing electric power deficiency on the Eastern Shore,” and is projected to save Marylander’s $2 on each of their electric bills due to the erasure of the “congestion fees’ needed to balance lopsided demand within our state’s grid.

On August 28th, US Wind announced that it will be completing its seafloor surveys in order to prepare the final layout of the farm. Final plans are expected to be finished by 2017.